(Traduzido a pedido)
I wrote these notes from Serpa, Portugal, during the 3rd Danza Duende International Festival. Created by Yumma Mudra, a French-American witch-gypsy-dancer, the ‘Duende’ is really a delightful party of the feminine energies, expressed in an explosion of creativity that pervades this peaceful mediavel town’s deserted streets, close to the Spanish border in the Andaluzian region.

I came here through the invitation received by my wife, Tiffani Gyatso, to offer her “Slow Art” workshop as part of the event’s program. We took advantage of our planned vacations on a rented RV through Spain and Portugal, and put it all together. And what a surprise to arrive at this stronghold of art and creativity in the middle of the Portuguese ‘Alentejo’.
The Festival is organized around the so-called ‘duende’, the creative ‘spirit’ behind eveything that takes place here, developed into a system and a school of creation by Yumma Mudra – and that I barely begin to understand while observing the activities and performances in Serpa.
For five days, the city is fully dedicated to the event, with accommodations and local restaurants overflooded by the (majority of) women that come here to improve their expression in the ‘duende’, to share their works of art, to teach, comingle, create, laugh and cry together. In a word, to touch and open all and everything around them.
The city itself has an interesting story, earning its name from a serpent-dragon (“Serpa”) which – in ancient times – was supposed to show up in critical moments to help and support the local population, or to save them from external threats, like an enemy attack.
Curiously, the city was kept (or so it seems to!) as it was a long time ago, with stone-paved streets, and its low, small white houses, and a wall marking the aqueduct and former castle that once defended the medieval town. Suspended time, suspended world.
One will be surprised to find the amount of modern facilities the city has to offer, like the two theaters, a high-quality public swimming-pool, plus the wonderful restaurants, all of it disguised behind old-aged white facades.
The event has four ‘official’ languages: English, Spanish, French and Portuguese. But, in truth, the official language is that of creativity expressed through the body, the gesture and the movement, more than any spoken word, so that one can always enjoy what is being communicated, since it’s non-verbal.
Women come from several countries, ages, and backgrounds. You can find from real gypsies (literally!) to high-level Brussels state bureocracy executives, all emerging here with their own unique, authentic contribution to this creative party that probably has no similar throughout the world. All of them absolutely gorgeous, with no exceptions.
Once again, I’m taken aback by the sheer absence of men in events of this kind. We are maybe 6 or 7 among 70+ women, whose presence dominate, with large margin, the masculine one. In his lecture on Friday morning, July 22nd, Michel Rahji, Yumma’s partner and co-organizer of the event, emphasized this point, saying also that most men present here came to the festival through their wives/partners, as it was in my case. Very seldom an event on the ‘Danza Duende’ will be an attractor for men these days.
In times like these, a small participation from the masculine side catches everyone’s attention, like yesterday’s evening, when four representatives of the local choir joined the group of women who were celebrating the four elements, and offered typical Serpa’s songs to enliven our night, in a rare combination of lost innocence and presence that touched all the participants.
The feminine is growing, spreading itself, expanding the perceivable horizons, and not only in the more ‘obvious’ spaces, like in dance, arts, and creativity, but also in the corporate world. More and more, women are occupying spaces formerly reserved to men, from oil rigs to large corporations board rooms, not to mention the public sphere, where we can already find great women leaders – Angela Merkel, Theresa May, Hillary Clinton (?).
This is obviously a positive change – it’s never too much stressing this point – that must also be followed now by an expansion of the masculine, i.e., of the male presence in these so-called ‘typically feminine’ meetings, like this Danza Duende here in Serpa.
It’s about time for men to wake up to what is happening and begin opening themselves to the feminine aspect – within themselves and in others –, and to discover new elements of their own psyche, in order to catch-up with what their female partners are doing, so that they could walk together towards a more integral, more integrated, and more balanced way of living.
Maybe it is only when we, men, find ourselves ready to embrace this last step that the world might collectively raise from a predominantly male chauvinistic ethos – most noticeably in the corporate sphere – and the planet could move towards a more balanced stage, where the Great Mother – Nature, the big “She” – becomes the guide to our daily actions.
Should this movement take less then 100 years, then we might have a chance of surviving in this little Planet Earth of ours. 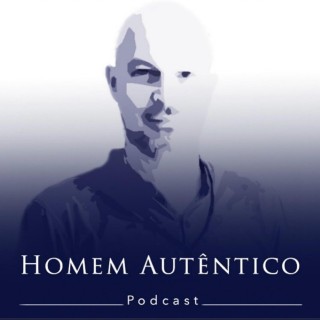